We hear it all the time: the word authenticity.

But if being authentic is simple, why are so many people, brands, and businesses accused of inauthenticity?

For one, consumers care more about authenticity and are noticing when it is and isn’t present. They want to shop with brands that know and share their values, paying extra for a side of impact and empathy. But what consumers giveth, they taketh away. They are connected, discerning, and vocal. And, they know when businesses aren’t following through on their promises. Consumers invest in brands that make a difference, but deceiving a caring consumer dooms a brand to failure.

We are all learning how to be better global citizens by making a greater impact (and a smaller footprint). And, this month, when we didn’t quite know how best to support and celebrate, we looked internally for help.

Here at Iterable we have Affinity Groups—groups created and run by employees who share a common community or identity. Our Affinity Groups play a vital role in ensuring an inclusive environment where all are valued and empowered to succeed. They challenge us to take action, and use our platform of prominence and power in the marketing technology industry for good.

“Celebrating Indigenous culture and traditions through businesses, authors, artists, and food is something we can and should do all year long. We have the power to make change by taking direct action to support Indigenous rights and culture,” shares Ryan Glavor. “But a good way to start a celebration is through education—learn about the history of the land you’re standing on and practice Indigenous land acknowledgment. The information is incredibly accessible and this can be the catalyst of truly experiencing, honoring, and appreciating Native American cultural practices. Food and shopping can be a great place to start.”

This Land is [Not] Our Land

Remote by design, Iterators work in 38 states around the U.S.

But this is not discovered land. This is not our land. This is colonized land. We have a clear awareness that colonization, genocide, and slavery have had devastating effects on Indigenous people. And with that awareness comes the power to make a difference. So, guided by our Affinity Group leaders, we took a tour across our offices in the U.S. to recognize the Indigenous populations who called this land home before we called it a country.

Iterable headquarters is in San Francisco. But this is not our land. Before the Spanish arrived to colonize the Presidio, the San Francisco Peninsula was predominantly occupied by a people known as Ohlone or Costanoan. Archeological evidence indicates an Ohlone/Costanoan presence at the site of the Presidio by about 740 A.D.

How did we learn this? The internet.

How can you celebrate, support, and learn more?

Visit Wahpepah’s Kitchen, a new woman-owned Native American restaurant serving a modern take on Indigenous cuisine. Wahpepah’s Kitchen is based in Oakland, and owned by Crystal Wahpepah—an enrolled member of the Kickapoo nation of Oklahoma. Crystal was born and raised as a Kickapoo Native surrounded by a multi-tribal, tight-knit, urban Native community. Importantly, she’s also an African American from East Oakland. She’s a trailblazer, and an inspiration for other young, Indigenous entrepreneurs. 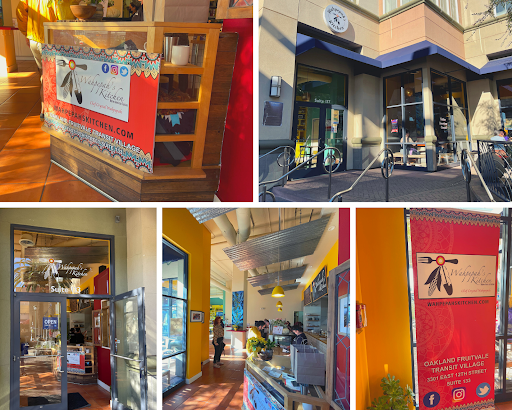 Jeremy visited Wahpepah’s kitchen in Oakland, and shares “Delicious! Highlight recommend checking it out for anyone who is in the Bay Area!”

Wahpehpah’s Kitchen is not only a destination for foodies around the Bay Area (explore their menu!), but it’s also a cultural exchange, where people unfamiliar with native cuisine can get a good meal and a good lesson. Watch closely for what’s next for Wahpepah’s Kitchen, and follow their journey on Instagram.

We expanded our operations to Denver in 2016. But this is not our land. By the time Europeans entered Colorado, several historic tribes had moved into and inhabited the Denver area. This includes the Apaches, Utes, Osage, Cheyennes, Comanches, and Arapahoes.

We’re excited to highlight Tocabe, the only American Indian restaurant in the Denver metro area and one of only a handful throughout the United States. Specializing in contemporary American Indian cuisine, the menu combines traditional Osage family recipes with elements of modern American Indian fare. Their vision? “To embrace the traditions of American Indian Cuisine and ingredients by building community through food.”

While the pandemic proved challenging for Tocabe, it pushed them to innovate. The result? The expansion of their “native first, local second” philosophy of sourcing ingredients and produce from Native American purveyors around the United States. The new Tocabe Indigenous Market—which launched in mid-June—features nine Native suppliers across the country and some 40 pantry staples and ingredients. In the Denver metro area? Consider Tocabe for your next night out. Elsewhere in the US? Tocabe offers nationwide shipping for its online marketplace.

Our New York office, which opened in 2017, is located between the Flatiron and Empire State buildings. But this is not our land. When the Dutch arrived in the 17th century in what’s now New York City, their encounters with the Indigenous peoples, known as the Lenape were, initially, amicable. They shared the land and traded guns, beads, and wool for beaver furs. But everything changed when the Dutch “purchased” Manhattan island from the Lenape in 1626. The transaction marked the very beginning of the Lenape’s forced mass migration out of their homeland.

In New York—the fashion capital of the world—the concept of taking something that isn’t yours, pops up all of the time. This month consider learning more about your clothing purchases, and consider supporting Indigenous designers and brands that are rich in tradition and culture.

Shop consciously through this eponymous line by Anishinaabe designer Lesley Hampton (far left in the image above). For patterns, look at this fashion line by artist and designer Lauren Good Day, an enrolled member of the Three Affiliated Tribes (Mandan, Hidatsa, Arikara Nation) of the Ft. Berthold Reservation in North Dakota, USA and also a registered Treaty Indian with the Sweet Grass Cree First Nation in Saskatchewan, Canada (middle). Or, shop sustainable clothing and accessories from SheNative, an Indigenous women-led brand founded by Devon Fiddler which commits 2% of each purchase to causes that support native women (far right).

This month, we’re celebrating Native American History by learning more, eating at new places, being more proactive in our purchases, and informing others. We can’t erase the past, but we can acknowledge it. This is not our land. This is Indigenous land. And we’re humbled and honored to experience it. 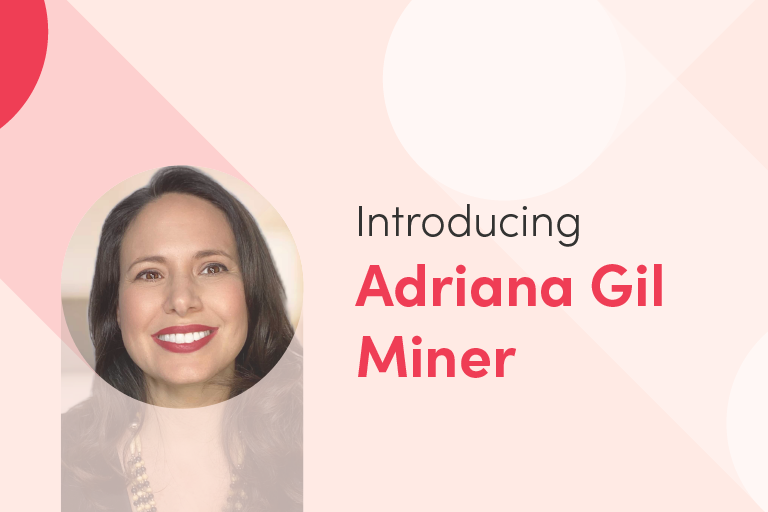 Iterable’s 2021 Tech Industry Awards and Recognition Roundup
In 2021, we learned to survive (and thrive) in the midst of a pandemic. In…
Iterable
December 21, 2021