In March, we released a list of what’s keeping us entertained during self-isolation, which featured tons of recommendations of great TV shows, movies, podcasts, books and more that our team was enjoying.

But let’s be frank: Few of us knew exactly what this pandemic had in store for us. It goes without saying, but COVID-19 is still wreaking havoc around the world, and our lives will be forever changed because of it.

No one rang in the new year thinking 2020 was going to turn out like this, but let’s face it—we’re in this for the long haul. So if you’ve already read what’s on your nightstand or gone through your Netflix queue, then we’re here to help.

Read on for more entertainment recommendations so you can stay home and stay healthy.

Coronavirus doesn’t mess around, and neither do we. While it’s important to practice Balance with safe, socially distanced outdoor activities, we also believe in achieving Balance by firmly planting yourself on your couch.

Now’s the time to invest in that 500-page novel, that long-running podcast, those six-seasons-and-a-movie, so we asked the folks at Iterable to share what they’re loving during the lockdown.

Check out our suggestions, and follow us on social so you can add your favorites to our list!

While everyone else is talking fall previews, here are our tried-and-true TV shows that are guaranteed to keep you binging for months on end: 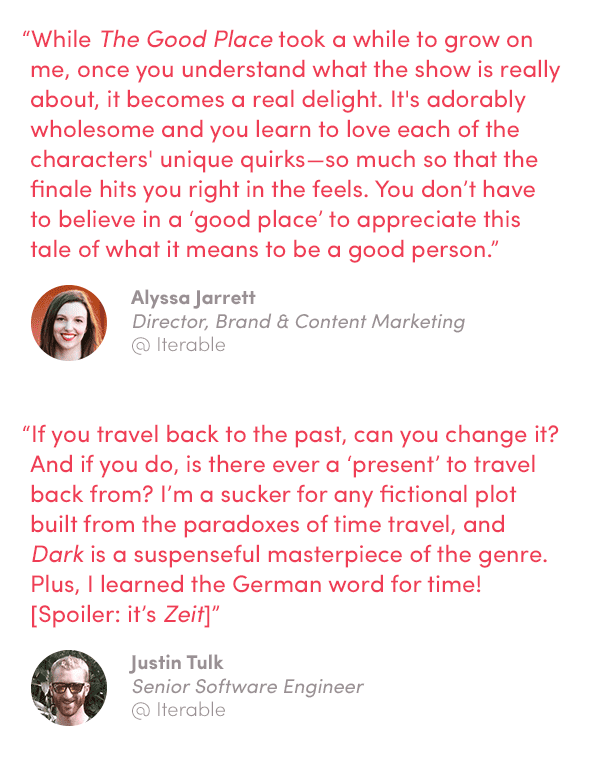 Yes, we’re sad that “Tenet” got postponed, but you can still enjoy these lesser-known and lower-budget gems from the comfort of your own home: 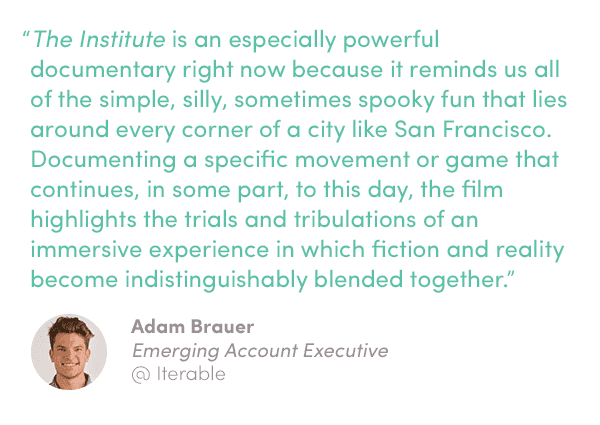 10-minute news recaps are still nice, of course, but nowadays, you may be looking for deeper dives to add to your podcast library: 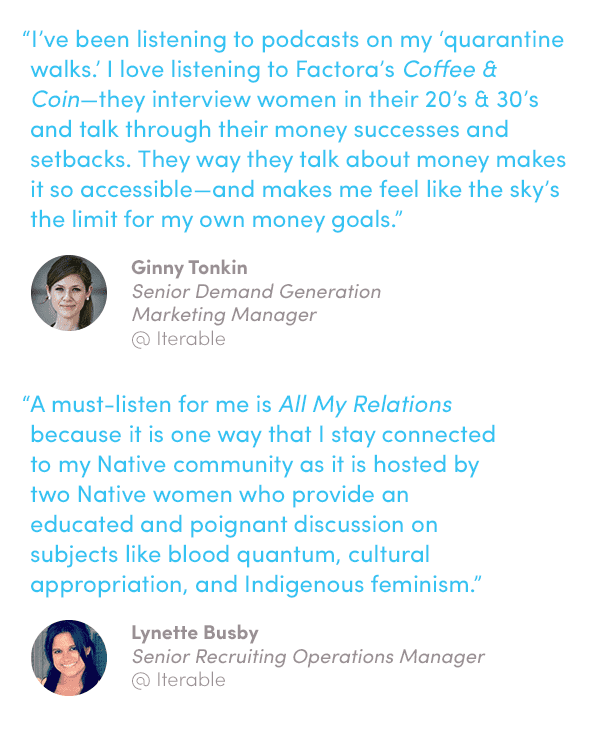 Those books on your TBR list that can double as paperweights? It’s time to pick up those hefty page-turners to survive the winter:

In case all these entertainment recommendations aren’t enough to sate your appetite, then don’t forget to check out Iterable’s own resources.

We have an extensive library of whitepapers, webinars, videos, case studies, blog posts and teardowns to keep your marketing mind sharp.

We’re in this for the long haul, so stay happy and healthy at home, from all of us at Iterable! 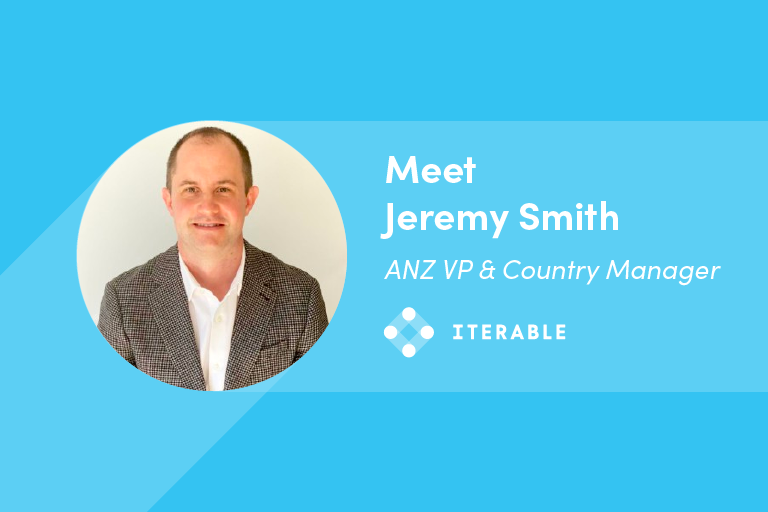 The Lowdown from Down Under: Thoughts from ANZ VP & Country Manager, Jeremy Smith
In September of last year, we announced Iterable’s exciting plans to expand our operations to…
Jeremy Smith
January 24, 2023 5 trust-building tips from a risk-minded CISO
This article was originally published in Security Magazine. The role of the chief information security…
Vasu Kohli
January 18, 2023